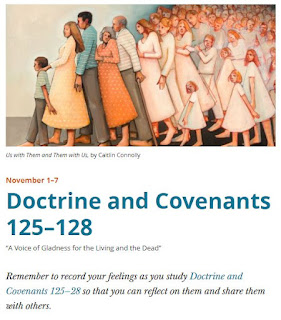 The lesson manual appropriately focuses on baptism for the dead, but these sections also contain important information about the Book of Mormon that many Latter-day Saints know nothing about.

With D&C 125:3 and 128:20, we have in the scriptures for everyone to see the two keys to understanding Book of Mormon geography. Interpreting the text with those two keys unlocks not only the evidence and historicity, but the meaning of many passages.

It seems only rational to realize that if the key fits, why not use it to unlock more meaning?

And if two keys fit, all the better.

Section 125 is important, but the manual does not mention it.

3 Let them build up a city unto my name upon the land opposite the city of Nauvoo, and let the name of Zarahemla be named upon it. (D&C 125:3)

The name Zarahemla is significant.
The CES manual mentions D&C 125 and explains the name this way:
It was common in Book of Mormon times to name cities “after the name of him who first possessed them” (Alma 8:7). The Latter-day Saints gave many of their settlements Book of Mormon names. For example, in Utah are such cities as Nephi, Moroni, Manti, and Bountiful.
One of the first settlements named in this way by the Saints was Zarahemla, at Nashville, Lee County, Iowa.
https://www.churchofjesuschrist.org/manual/doctrine-and-covenants-student-manual/section-125-the-will-of-god-to-the-saints-in-iowa?lang=eng
That explanation is laughable in two ways. First, the Lord told Joseph to name the site Zarahemla. It wasn't the Latter-day Saints giving "their settlements Book of Mormon names."
Second, the manual overlooks the significance of Alma 8:7. Because the Lord named the site in Iowa, we should conclude from Alma 8:7 that this was, indeed, the city "first possessed" by Zarahemla.
The revelation refers to "the name of Zarahemla," not "the name Zarahemla." We should therefore infer that means not the city Zarahemla but the man Zarahemla (Omni 1:18). IOW, it's not a generic name, but the name of a specific person. Presumably the man who first possessed the area.
It's also interesting to realize that no "city" of Zarahemla is mentioned in the Book of Mormon until Alma. Prior to that, we have only the land of Zarahemla. This suggests that there was no "city" until after Mosiah's people arrived and built up the area, but it was still named the city of Zarahemla because it was the place "first possessed" by Zarahemla.
We can't say for sure that the site designated in D&C 125:3 is the same as the site of the city of Zarahemla in the Book of Mormon. But it does seem plausible because the site satisfies the requirements in the text for the city of Zarahemla, as several people have shown (including me, in Moroni's America.) 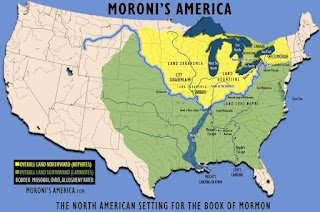 The two keys of Cumorah and Zarahemla are really all we need to put together a coherent framework for understanding the text, a framework that aligns with the evidence from archaeology, anthropology, geology, geography, etc.
Naturally, the M2C advocates reject this interpretation of D&C 125:3. (In Part 2, we'll see that they also reject the New York Cumorah of D&C 128:20.)
In their zeal, some M2C scholars claimed the Iowa site was called Zarahemla before Joseph received the revelation, but they relied on an erroneous interpretation of a specific journal entry and some post facto insertions in the historical record. Closer examination revealed that the journal entry was written after March 1841, and that the insertions were made for clarification after March 1841. Thus, we can see that the Lord directed Joseph to name the site Zarahemla.
For M2C to work, Zarahemla must be somewhere in Mesoamerica. Obviously, there is no scriptural support for that. M2C promoters cite the 1842 Times and Seasons article that claimed Zarahemla had been "found" in Guatemala:

ZARAHEMLA.
Since our ‘Extract’ was published from Mr. Stephens’ ‘Incidents of Travel,’ &c., we have found another important fact relating to the truth of the Book of Mormon. Central America, or Guatemala, is situated north of the Isthmus of Darien and once embraced several hundred miles of territory from north to south.— The city of Zarahemla, burnt at the crucifixion of the Savior, and rebuilt afterwards, stood upon this land...
(Times and Seasons III.23:927 ¶2–3)
It is certainly a good thing for the excellency and veracity, of the divine authenticity of the Book of Mormon, that the ruins of Zarahemla have been found where the Nephites left them: and that a large stone with engravings upon it as Mosiah said; and a ‘large round stone, with the sides sculptured in hieroglyphics,’ as Mr. Stephens has published, is also among the left remembrances of the, (to him,) lost and unknown. We are not going to declare positively that the ruins of Quirigua are those of Zarahemla, but when the land and the stones, and the books tell the story so plain, we are of opinion, that it would require more proof than the Jews could bring to prove the disciples stole the body of Jesus from the tomb, to prove that the ruins of the city in question, are not one of those referred to in the Book of Mormon.
(Times and Seasons III.23:927 ¶4)
I don't think anyone today has a model of the Book of Mormon that puts Zarahemla in Quirigua. The ruins there post-date the Book of Mormon era anyway, dating mainly to the 8th century.
As far as I can tell, our M2C friends love these 1842 articles in the Times and Seasons because they think they demonstrate that Joseph Smith was an ignorant speculator who sought guidance from credentialed experts. Today, they are the credentialed experts and they want everyone else to seek guidance from them.
You can find lots of pros and cons on the Internet on all of this. 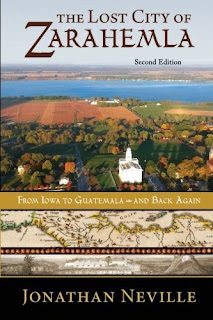 In my view, as I discussed in The Lost City of Zarahemla and two other books about the Times and Seasons and Nauvoo, Joseph Smith was merely the nominal editor of the Times and Seasons. He had nothing to do with articles that he didn't sign as his (such as the Wentworth letter). He had little time with all the other responsibilities he had.
Wilford Woodruff said Joseph barely had time to sign the documents they prepared for him.
Plus, during these months in 1842 Joseph was on the run, hiding from the Missouri officials who sought to arrest and extradite him.
The debate is too detailed to discuss here, but the point is, it strikes me as a major fallacy to elevate the anonymous Times and Seasons articles above the revelation in D&C 125.
_____
There are several historical accounts that relate the intention to build a temple across the Mississippi River from Nauvoo. The two temples would face each other. One account says the site on the west was dedicated, but so far as I know, there are no official Church records documenting that dedication.
It would be an ideal location for a temple, though, and may be a reason why the Nauvoo temple faces west.
The cover of my Zarahemla book is an aerial photo looking west over the Nauvoo temple at the area the Lord designated as Zarahemla.
If you ever visit the Nauvoo temple, you should stand at the entrance and look west. Think about the land of Zarahemla on the other side of the river.
Lots of possible scenarios have been developed to explain how the text of the Book of Mormon describes this area. 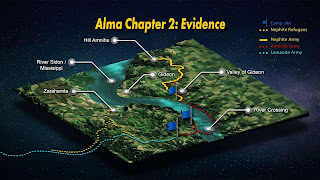 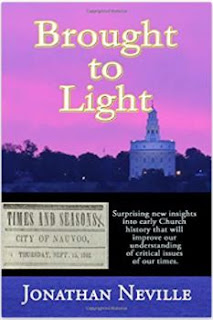 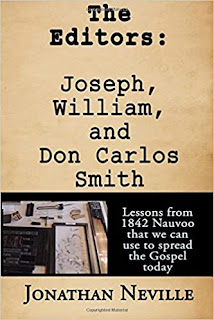